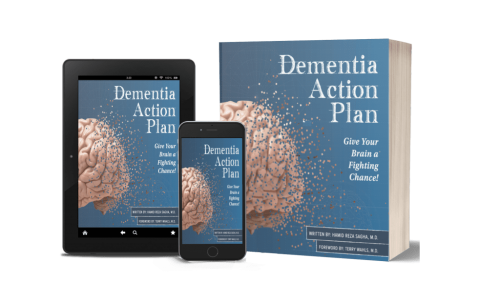 Give your brain a fighting chance!

What future do you want?

Alzheimer’s is the fastest growing disease in the U.S. and certainly one of the most frightening.  Despite millions of dollars and years of research, we still have no way to cure Alzheimer’s dementia or reverse its devastating effects.

You may be wondering, “Will I lose myself to dementia?”

You are right to be concerned, but don’t despair. Someday a cure will come. Until then, you have within yourself the power to unlock your body’s hidden defenses against dementia and give yourself your best chance for a bright future.

Dementia Action Plan describes lifestyle choices that will help you fight dementia, as well as many specific suggestions for a personalized plan. Symptoms of dementia appear up to 20 years after damage to the brain begins, so the time to start this fight is now.

INTRODUCTION:
A Framework for Your Dementia Action Plan

1 Cognitive Impairment: What We Should Know
2 Old and New Models of Alzheimer’s  Treatment
3 Inflammation and Dementia
4 Genes and Dementia

ADDENDUM:
A Salute to Caregivers

The first time was in 2007. I went into cardiac arrest, and my heart stopped beating for eight seconds.

I was working as a doctor at a hospital at the time. Instead of putting myself under a cardiologist’s care, I decided to treat myself. I knew what to do. I was certain disease care would solve my problems, so I took cholesterol and blood pressure medications and went on with my life.

But I never dealt with the underlying causes of my heart disease. I kept drinking too many soft drinks, smoking, gaining weight and never exercising, so I became sicker and sicker.

I have a picture from that trip. I looked close to death. And I was—closer than I realized.

My second wake-up call came in 2013, a few months after my trip to New York City. Alone in a hotel room, preparing to go to one of my out-of-town jobs as a doctor, I went to get a drink of water and woke up on the floor. I had passed out and was bleeding from a cut on my forehead. I somehow managed to drag myself to my phone to call 911.

At that time of my life, I was working long hours in an emergency room, smoking, eating way too much, and sleeping only four or five hours each day. I drank coffee frequently but still had trouble staying awake. I was often short of breath and had to use a CPAP machine to sleep.

I was also taking three blood pressure medications every day that failed to bring my systolic pressure any lower than 190, and along with taking both Zantac and Protonix for my acid reflux, I bought Tums in bulk.

Worst of all, I had lost my ability to think clearly. I had always loved to learn and had enjoyed using that learning on behalf of my patients in the emergency room.

But now, because of brain fog, it was becoming harder and harder to stay sharp, alert and equipped to do my job.

As I lay in the hospital following my cardiac arrest, I couldn’t help wondering, What is wrong with me?

Dementia Action Plan offers you a chance to fight for your life and your memories—and win!
—Dr. Terry Wahls, MD, Foreword 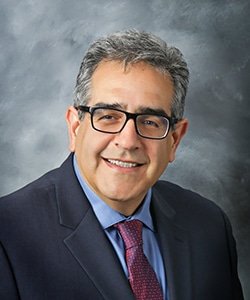 Hamid Reza Sagha, M.D. is a board-certified physician in emergency medicine, family and community medicine, as well as integrative and functional medicine. He has practiced medicine since 1995. For the last 11 years, he has worked in an emergency and critical care setting. He currently works as an emergency physician in Decatur, Illinois.

Join our email list and  learn more about memory coaching.

Learn more about the programs and services of Interact Well Care.