Excess Salt and the Proven Risk to Your Brain’s Health 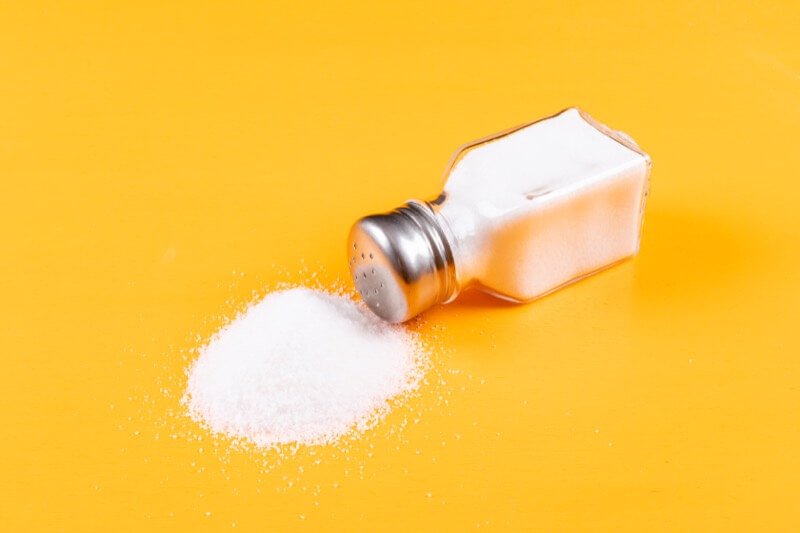 The risks associated with excess salt

We’ve commonly heard that excess salt in the diet increases the risk of high blood pressure, heart disease, and strokes. However, we also see more evidence of the effects of too much salt on the brain.

Your body treats excess salt as a threat

For example, scientists studying the effects of a high-salt diet in mice discovered something interesting: The high-salt intake in mice raised the levels of a killer cytokine cell called IL-17 inside the mice’s small intestines. The increased levels of IL-17 were an adaptive immune response. That means the cytokines stayed in the intestines for the duration of the high-salt diet.

Accordingly, this severe and chronic inflammation affected other nearby cells. One result for the mice was reduced production of nitric oxide in the cells of the blood vessels’ lining.

Nitric oxide keeps the linings of the blood vessels relaxed. The high-salt diet ultimately resulted in hardened arteries, which subsequently inhibited the transport of blood throughout the mice. Thus, the inhibited flow limited the amount of oxygen available to the body.

The effects of excess salt on the brain

Scientists studying brain scans of mice on a high-salt diet discovered that blood flow under otherwise normal circumstances decreased by 25% to the hippocampus and 28% to the cortex. The hippocampus, remember, is the memory center of the brain. This decrease explained why these mice demonstrated cognitive difficulties. Specifically, they were much less able to recognize objects, run through a maze, and build nests. These are part of the daily routine for mice.

Animal studies don’t always translate precisely to humans. Regardless, based on this research, it seems likely that a diet with excess salt could begin choking off blood to your brain as well. Obviously, this development spells danger because blood is how your brain gets nutrients and energy.

A three-year study by researchers in Canada supports this view. Their research showed a correlation between older adults on a low-salt diet and better cognitive performance. Researcher Amir Abdoli also supports the claim that decreasing salt intake will improve cognitive function.

More research is needed, but according to available studies, you should add cognitive health to the list of reasons why limiting salt intake is better for your overall health.

How to Limit Salt in Your Diet

If you have grown accustomed to a high-salt diet, you may not feel you can make the changes necessary to limit your salt intake. I have written much more about how to build new habits for a new life in my book, Dementia Action Plan: Give Your Brain a Fighting Chance. Also, you may feel that a “pantry intervention” would be helpful. If so, check out How to Complete a Pantry Intervention on our website.

I won’t say that changing this habit is going to be easy. However, I feel that embracing a new, healthy practice of limiting your salt intake will improve the health of your brain.  Moreover, I’ve found the benefits to my memory, and cognitive functions far exceed the sacrifice involved, and I’m confident you will feel the same.