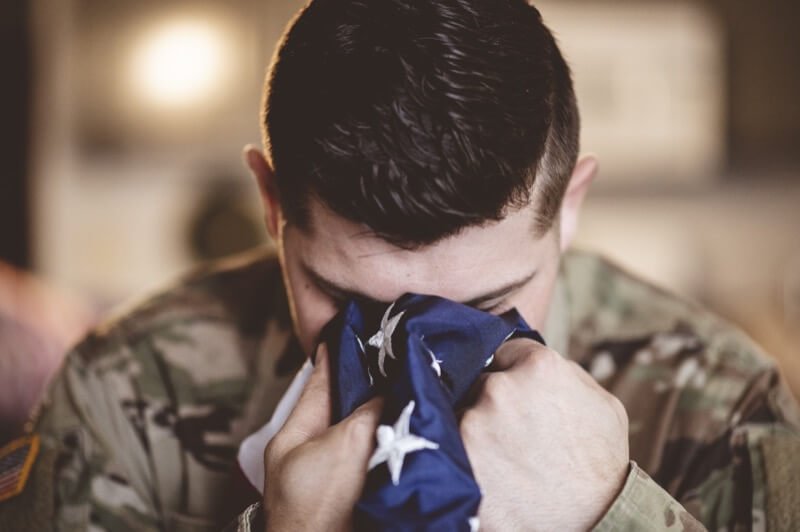 Some recent studies show veterans may have a higher risk of dementia based on some of the minor and pieced together data that doctors have known about for years. The rigors of serving an active duty are highly stressful and long-lasting – even to the point of reaching to the end of their lives.

Active-duty soldiers experience conditions most people cannot imagine. For many of them, their brains adapt to handle some of the things they see and experience, while others have more physiological adaptations throughout the rest of the body.

Throughout several studies over many years, scientists have documented some of these changes. And nearly every soldier population experiences a significant amount of stress and increases hormone cortisol production.

Cortisol is known for changing brain chemistry and increasing the risk of depression and dementia. Cortisol is highly elevated in people with PTSD, which can be associated with the hippocampus shrinking. The hippocampus is essential for the regulation of learning and memory.

Between the increased cortisol and the hippocampus shrinkage, the person has a decreased ability to process emotions and create memory. These two factors can increase stress and cause social development behaviors that cyclically increase stress and isolation.

Traumatic Brain Injury Is A Well-Known Cause

When the brain is injured, it takes steps to minimize the injury, rerouting critical functions to the brain’s undamaged portions. We see this particularly in stroke recovery and injury. Traumatic brain injury can change the way the brain recovers memory permanently.

Most of the time, this is a survival mechanism that works well to preserve brain function. But, in the long term, it can increase the risk of dementia by bypassing certain areas that don’t get healed correctly.

Most studies have put veterans in a particularly susceptible category. At least 22% of veterans are known to have some sort of documented traumatic brain injury. Some doctors put that number closer to 50%, with half being undocumented.

The vast majority are mild cases, something most people ignore or dismiss as headaches, dizziness, or some illness. In a war-type setting, there may not be time or resources to treat a mild case.

Another 22% of veterans are identified as serious sufferers of PTSD. Many, many more have mild and manageable symptoms of PTSD and don’t seek treatment. For example, many veterans live their lives normally until the 4th of July. During this short period, usually only at night when the fireworks are going off, do they have some sort of display of PTSD.

Most manage it on their own, recognizing their triggers and avoiding them.

Every single one of them is at an increased risk of developing dementia. And the more severe PTSD symptoms there are earlier in life, the more significant the increase of dementia. Prisoners of war seem to be at most risk for dementia, understandably having gone through some of the worst conditions a soldier can go through.

With the increased risk of PTSD, dramatic brain injury, and physical injury coming off of active duty, many veterans experience a period of depression. Overall, depression (link to article) is known to increase the risk of dementia later in life, and with the majority of soldiers returning home and experiencing some form of depression, it can place a tremendous burden on their brains and the VA system later on.

Seeking out medication, therapy, and other treatment forms early on helps mitigate some of the risk factors later in life. Treatment for brain injury, even very mild injury, can reduce problems later in life. Therapy and transition services for veterans should be utilized and advocated for.

And a healthy lifestyle should be kept up after returning home to avoid some other risk factors.

Other Risk Factors Include:

Moving between the high-energy, high-paced environment to normal life can pull off a person’s metabolism and lifestyle. Many soldiers end up putting on 10 to 20 lb rapidly after emerging from service, increasing the risk of diabetes, cholesterol, and high blood pressure.

Unfortunately, these are also risk factors for depression and dementia. Choosing to lose the weight again or helping your loved one be mindful not to gain that weight in the first place can help reduce the risk factors of dementia later in life.

Many veterans have already experienced the injuries and trauma leading to these problems. Mitigating the effects can bring significant relief to many of them. There are three main factors we talk about in other articles that provides considerable help: